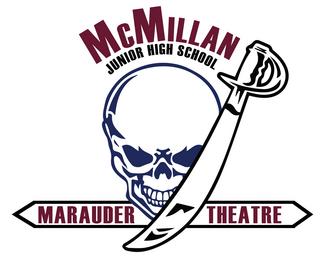 Aaron Gallagher is thrilled to be starting his first year as Theatre Director at McMillan Junior High School.  Previously,  he was the director at Austin Academy for Excellence in Garland ISD and the director at Hector P. Garcia middle school in Dallas ISD.  He is a native of Garland, TX.  Mr. Gallagher received his Bachelor’s degree in Theatre and Vocal Performance from Austin College in Sherman, TX and his Master of Arts degree in Theatre Performance from Oklahoma State University.  He is a member of the Theatre Educators of Texas Association and a member of Theatre Educators of North Texas.  Aside from his educational theatre career, Mr. Gallagher is also a professional actor and singer, performing regularly throughout the DFW metroplex.  Locally, he has performed with Undermain Theatre, Theatre Three, Garland Summer Musicals, The Firehouse Theatre, Theatre Frisco, Garland Civic Theatre, and is a company member at Repertory Company Theatre.  Mr. Gallagher and his wife, also an educator, are Wylie residents, and McMillan is their neighborhood junior high.